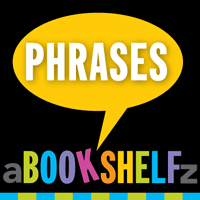 Definition: a less offensive form of a profanity; generally a slightly altered version of a taboo swear word or curse.

Related word: grawlix (profanity represented by a string of typographical symbols, most commonly used in cartoons)

Origin: The story of King Rhadamanthus is found in Greek mythology. King Rhadamanthus, son of Zeus and Europa, was the ruler of the island of Crete who developed a code of laws that were later borrowed by the Spartans. King Rhadamanthus was not only wise, he was very respectful — he did not tolerate any swearing that used the names of the gods. He therefore prohibited his subjects from cursing “By the beard of Zeus!” Instead, subjects were instructed to substitute the names of animals or plants. Thus, the Rhadamanthine oath was born. In place of the offensive “By the beard of Zeus!” the Greeks now uttered the less offensive “By the dog!” or “By the tree!”

Protecting deities from curses continued throughout the centuries. In the 14th century, “gog” and “kokk” were substitutions for God; “Jis” or “gis” were replacements for “Jesus” In the 16th century, the Puritans became the great champions of the Rhandamanthine oath: “My God!” became “My goodness!” and “Christ!” became “Criminy!” Elizabethan playwrights had to comply with the Act to Restraine Abuses of Players (1606). Consequently, William Shakespeare introduced new Rhadamanthine oaths in his plays, like “Zounds” (replacing “By God’s Wounds”) sblood (replacing God’s blood). Puritans were not impressed by Shakespeare’s cleverness, and managed to censor those two words from the folio edition of Othello. Zounds!

Like many words in the English language, Rhandamanthine oaths continued to evolve over time. By the 17th century, “Gad!” and “Egad!” took the place of “My God!” By the 18th century, new variants included the more modern-sounding “Golly!” and “Gosh!”

Not to be done by the overly uptight Puritans, the stuffy Victorians jumped into the act of creating Rhandamanthine oats. The prolific Victorian novelist, Charles Dickens, enjoyed a good minced oath now and then: “Bark’s parts of speech are of an awful sort — principally adjectives. I won’t, says Bark, have no adjective police and adjective strangers in my adjective premises! I won’t, by adjective and substantive!… Give me, says Bark, my adjective trousers!” (On Duty with Inspector Field, 1851)

The three most common methods of creating a Rhandamanthine oath are shortening, alliteration, and rhyme. The most common shortening can be seen in “eff” for “fuck”, “b” for “bitch,” or that classic textese “WTF?” for “what the fuck?” Alliteration is used to transform “bloody” to “bleeding, blooming, or ruddy” or “heck” from “hell.” Rhyming gives us “darn” or “dang” instead of “dam.”  In the 19th century, Cockney rhyming slang introduced colorful word substitutions that eventually eliminated the rhyme: “fart” became “raspberry tart” and eventually “raspberry.” “Prick” became “Hampton Wick” and then “Hampton.”

So thanks to King Rhadamanthus we can curse like a sailor and use socially acceptable language at the same time! Or you can go on radio or TV and curse without abandon, avoiding the wrath of the censor whose finger hovers over the bleep button. Isn’t the English language effing great?