The Most Admired People in the World 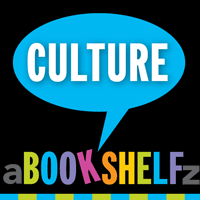 YouGov, a public opinion and consumer behavior research firm, conducted a survey in January 2014 on behalf of London-based Times. The company reached out to a total number of 13,895 individuals, who live in 13 countries (United Stats, Australia, Great Britain, France, Germany, Russia, Pakistan, India, Indonesia, China, Egypt, Brazil, and Nigeria), representing more than half of the world’s population. Survey participants were asked two open-ended questions: 1. Who do you think is the most famous person in the world? 2. Who do you personally most admire? The researchers specified that only individuals alive today could be considered (many respondents selected recently deceased Nelson Mandela).

Fortunately the respondents were conversant in global current events and not the mindless twaddle of social media and tabloids, sparing the list from being populated by lightweights like the Kardashians, Miley Cyrus, Justin Bieber, and their ilk. Instead, the list is dominated by distinguished and influential philanthropists and politicians. Surprisingly not a single woman made it into the top ten; Queen Elizabeth was ranked 17th, followed by Angelina Jolie (19th) and Oprah Winfrey (20th). Based on the list, if you wanted to be truly admired, it helps to be male, be a resident of India or the United States, be president of something, and be extremely wealthy (specifically, belonging to the very exclusive billionaires club). Not a single celebrity made the list; however, one athlete — a cricketer of all things — made the list. Who knew that cricket was so popular and respectable?

Read related posts: The Most Influential People That Never Lived
Person of the Year 2013
Traits of Great Leaders