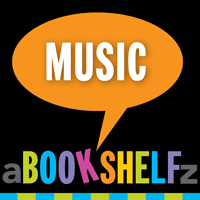 In the world of music and theatre, a rider is a contract that spells out the artist’s specific requirements for the day of their performance; for example hospitality and dressing rooms, private shower and bathroom facilities, specific food and drinks, and so forth. Recent tours of top musical acts like Madonna, Bruce Springstein, Coldplay, and Lady Gaga have hauled in between $160 to $300 million; so putting on a concert is really big business. And naturally, with top-earning musical acts come massive egos. A review of concert rides (published as a public service for the insatiably curious by The Smoking Gun) reveals a direct correlation between big stars (with correspondingly large egos) and the length of the concert rider: the bigger the ego, the longer the concert rider. When you reach the tier of multi-million dollar concert tours, don’t expect to find any reasonable, common-sense requests in the rider. There seems to be some unspoken rule in the music world that the more outlandish the concert rider, the more it accurately demonstrates the artist’s level of success or stardom (not to mention their idiosyncrasies that are only exacerbated by their entourage of sycophants). In essence, the rider functions like a diva-meter. And musicians relish out-diva-ing their peers.

The perfect example of this is Van Halen’s so-called “M&M Rider.” At 53-pages long, it is officially listed by Guinness World’s Records as the longest concert rider. The rider was used from 1982-83 during the band’s 98-date American “Van Halen World Tour.” Beyond being incredibly long, the rider is extremely demanding; however, on another level, it is amusing, reflecting how fame and success can impact an individual’s or group’s sense of reasonableness. Here are some excerpts from the Van Halen rider.

M&Ms (Warning: absolutely no brown ones)
Twelve Reese’s peanut butter cups
One large tube KY jelly
Herring in sour cream
Cheese tray: assorted fresh, natural cheeses, including jack, muenster, cheddar, brie, mozzarella and pepper cheese
Dinner to be served at approximately 6:00 pm and to be sufficient for 30 people plus 4 vegetarian meals.
Place settings: not plastic; all forks must have four prongs
Any caterer not providing adequate condiments, utensils, or ice will be subject to a $100 fine
Two or more cases of beer, one Budweiser and one Heineken, are to be given to Producer’s stage manager at 7:00 pm
Whenever possible, all food should be served in the crew room, and at all times away from public access.
The room should be well-lit, with tables and chairs, and should be kept at a pleasant temperature.

Read related posts: The Most Misinterpreted Songs
How Rock Bands Got Their Names
Strange Band Names