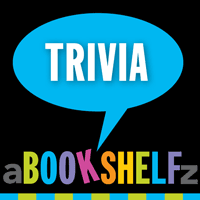 When astronomer Sir William Herschel of England discovered Uranus on March 13, 1781, he was asked by a member of the Royal Society to “do the astronomical world the favour to give a name to your planet, which is entirely your own, [and] which we are so much obliged to you for the discovery of.” Initially Herschel named it Georgium Sidus (George’s Star) in honor of King George III. The astronomical community, that had been naming planets after figures from Roman mythology scoffed at the name (especially since the monarch’s sanity was slowly slipping away); German astronomer Johan Bode suggested Uranus, the Latinized version of the Greek god of the sky, Ouranus. Thus, unlike all the other names of planets drawn from Roman mythology, Uranus is the only name drawn from Greek mythology. This unique-sounding name, of course, brings up the question: how do you pronounce Uranus? The pronunciation preferred by serious astronomers is “YUR-in-us” and not the snicker-inducing “YOUR-anus” or “yoo-RAIN-us.”

Interestingly, Uranus with 27 moons is the only planet that does not have moons named after figures from Roman or Greek mythology. John Herschel, son of Sir William Herschel, developed a plan in 1852 to name the moons after airy spirits from English literature (proving that the arts are appreciated, at least on some level, by the scientific community) since Uranus, god of sky, would naturally be attended to by such spirits. The theme of spirits of the air was followed for the naming of the first four moons (from the work of Alexander Pope and William Shakespeare), until the International Astronomical Union (IAU) figured out that astronomers did not want to spend their precious time combing through literary works looking for wimpy spirit names. Thereafter, the IAU determined that the moons of Uranus be named after characters from Shakespeare’s plays. Below is a list of the names of the moons of Uranus, followed by the poem or play they are drawn from.

Ariel, Umbriel, Belinda  (The Rape of the Lock by Alexander Pope)

Read related posts: The Legacy of Shakespeare
Who Are the Greatest Shakespeare Characters?
What if Superman Punched You?

One response to “Shakespeare and Uranus”