An Alphabet of Rare Words 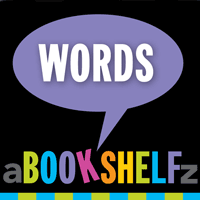 The English language is constantly growing, constantly evolving. Thanks to technological advancements in communication, the English language’s rate of growth has been explosive. Consider that one of the earliest dictionaries, Samuel Johnson’s Dictionary of the English Language published in 1755, defined about 50,000 words.  Almost a century later, Noah Webster’s American Dictionary of the English Language contained about 75,000 words. Fast forward to 1961 when Webster’s Third New International Dictionary included about 450,000 words. Today, the online Oxford English Dictionary defines more than 600,000 words! So you get the picture — there are more words than you will ever know or use in a lifetime. As lexicographer Sol Steinmetz, who has published more than 35 dictionaries and several books on the evolution of language — there’s a word for everything: “The moment a new idea, concept, thought, or object is invented, someone in America is impelled to coin a word for it. Most of such coinages have a short life spoon, but many survive and attain longevity. Some words may go out of fashion but do not disappear from the language; they continue to exist as dated, dialectal, archaic, or obsolete words and are recorded as such in standard dictionaries.” It is these rare and sometimes obsolete words that makes English so fascinating. The editors of the always interesting and entertaining blog for Voxy, an American-based language learning company, developed this A to Z list of rare, but precious, melodious multisyllabic words.

agastopia: (n) admiration of a particular part of someone’s body
bibble: (v) to drink often; to eat and/or drink noisily
cabotage: (n) coastal navigation; the exclusive right of a country to control the air traffic within its borders
doodle sack: (n) old English word for bagpipe
erinaceous: (adj): of, pertaining to, or resembling a hedgehog
firman: (n) in Turkey and some other Oriental countries, a decree or mandate issued by the sovereign
gabelle: (n) a tax on salt
halfpace: (n) a platform of a staircase where the stair turns back in exactly the reverse direction of the lower flight
impignorate: (v) to pawn or mortgage something
jentacular: (adj) pertaining to breakfast
kakorrhaphiophobia: (n) fear of failure
lamprophony: (n) loudness and clarity of enunciation
macrosmatic: (adj) having a good sense of smell
nudiustertian: (n) the day before yesterday
oxter: (n) outdated word meaning “armpit”
pauciloquent: (adj) uttering few words; brief in speech
quire: (n) two dozen sheets of paper
ratoon: (n) small shoot growing from the root of a plant
salopettes: (n) high-waisted skiing pants with shoulder straps
tittynope: (n) a small quantity of something left over
ulotrichous: (adj) having wooly or crispy hair
valetudinarian: (n) a sickly or weak person, especially one who is constantly and morbidly concerned with his or her health
winklepicker: (n) style of shoe or boot in the 1950s with a sharp and long pointed toe
xertz: (v) to gulp down quickly and greedily
yarborough: (n) hand of cards containing no card above a nine
zoanthropy: (n) delusion of a person who believes himself changed into an animal

This entry was posted on Tuesday, October 7th, 2014 at 12:26 PM and tagged with a to z list of rare words, how fast is english growing, how many words in dictionary, how many words in the english language, list of obscure words, rare words a to z and posted in Words. You can follow any responses to this entry through the RSS 2.0 feed.
« Serendipitous Knowledge
Ebola Fast Facts »