Harper Lee to Publish “To Kill a Mockingbird” Sequel 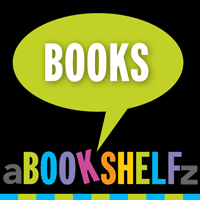 Readers of Harper Lee’s beloved Pulitzer Prize-winning novel, To Kill A Mockingbird, are often left pondering: “What became of Scout? How did the events of the trial of Tom Robinson trial impact her life? 55 years later readers will finally get an answer to those questions in her forthcoming 304-page novel, Go Set a Watchman, to be published on July 14, 2015 by Harper. Moreover, Lee will perhaps prove that she is not a one-hit wonder. Will the sales of the sequel surpass the sales of To Kill a Mockingbird? No easy feat, since Mockingbird has sold more than 30 million (perhaps 40 million) copies.

To Kill a Mockingbird, that was initially titled Atticus, was based on events that occurred in her home town of Monroeville, Alabama in 1936, when Lee was ten years old. It wasn’t until 1958 that Lee began writing her best-selling novel, thanks to donations from friends that allowed her to concentrate on her writing (One Christmas morning in 1956, Lee found an envelope under the Christmas tree; inside was a note from two close friends: “You have one year off from your job to write whatever you please. Merry Christmas.” Good friends to have.) Like any writer wrestling with a magnum opus, Lee got frustrated with the novel; at one point she tossed the manuscript out of a window. Fortunately, a prescient editor from J. B. Lippincott encouraged her to rescue it from a snow bank, where it had landed. Two-and-a-half years later, on July 11, 1960 Lee released her creation to the world. Lippincott certainly believed in the Lee’s first novel, but didn’t think it would sell beyond a few thousand copies. The book exceeded everyone’s expectations exponentially — it has never been out of print, translated into 40 languages, and a staple of just about every high school curriculum across the country. Each year the book sells between 750,000 and 1 million copies, earning Lee more than $3,376,129 in annual royalties (about $9,249 per day)! Incidentally, a first edition of To Kill a Mockingbird lists for $32,000 on AbeBooks; most first editions fall between $15,000 to $17,000.

A friend once asked Lee why she hadn’t written a second novel and Lee responded: “Because I wouldn’t want to go through all the terrible publicity and the strain of what happened with Mockingbird for any amount of money!” Lee, who is 87 years old today, lives in an assisted living home in her hometown. According to a close friend, Lee is in poor health after suffering a stroke in 2007 and has lost her short-term memory, sight (due to macular degeneration), and hearing. So when exactly did she pick up a pen and write this second book? The short answer is she didn’t write anything new. Interestingly, Go Set a Watchman was written almost a decade before her legendary novel; Lee explains: “In the mid-1950s, I completed a novel called Go Set a Watchman. It features the character known as Scout as an adult woman and I thought it a pretty decent effort,” said Lee in a statement. “My editor, who was taken by the flashbacks to Scout’s childhood, persuaded me to write a novel from the point of view of the young Scout. I was a first-time writer, so I did as I was told. I hadn’t realized it had survived, so was surprised and delighted when my dear friend and lawyer Tonja Carter discovered it. After much thought and hesitation I shared it with a handful of people I trust and was pleased to hear that they considered it worthy of publication. I am humbled and amazed that this will now be published after all these years.”

In an interview with Vulture, Hugh Van Dusen, Lee’s editor from HarperCollins who first met her in 2006, the announcement of the publication of the second book was a complete surprise to him: “I learned yesterday [February 2, 2015]. Other people have read it at Harper, but I haven’t yet. The book had been a deep secret here, even to me.” Van Dusen proceeds to discuss how the manuscript was discovered: “The version I was told was that [Go Set a Watchman] was in either a safe deposit box or a bank vault, and it was wrapped in a manuscript of To Kill a Mockingbird and nobody noticed it for all these years. I don’t know this for a fact, but one must imagine that Harper Lee — we call her Nelle — just never told anybody about the book and then forgot it existed. Her lawyer, Tonja Carter, who is also Nelle’s very close friend, was apparently looking through this safety deposit box and found [the novel]. I guess [Carter] then went to her friend said what it is this? Nelle said, and this is all public knowledge, that her editor at the time at Lippincott… said to her this isn’t what you want to write; you want to write something about Scout when she was a girl. So Nelle went back and wrote a new book — To Kill a Mockingbird.”

So what happens in Go Set a Watchman? An excellent question, but don’t ask Van Dusen since he hasn’t read it; however, according to Harper’s press release, the novel finds Scout, who was 6 in the first novel, as a 26-year-old adult living in New York, returning to Maycomb, Alabama to visit her father, Atticus (perhaps grousing because he never saw one nickel from all of those royalties from the book and movie rights); “she is forced to grapple with issues both personal and political as she tries to understand her father’s attitude toward society, and her own feelings about the place where she was born and spent her childhood.” Harper is a bit more confident about the second books’s sale than Lippincott was in 1960 — Harper’s first printing of Watchman is unprecedented: two million copies. Scout will be beaming with satisfaction that her legacy continues.

Read related posts: Best-selling Books of All Time
50 Books that Will Change Your Life
The Surprising Original Titles of Famous Novels
Five New Works by J. D. Salinger
Why Did James Joyce Burn his Manuscript?

For further reading: The Mockingbird Next Door: Life with Harper Lee by Marja Mills (2014)
To Kill a Mockingbird by Harper Lee (1988)
I Am Scout: The Biography of Harper Lee by Charles Shields (2008)
Scout, Atticus and Boo: A Celebration of Fifty Years of To Kill a Mockingbird by Mary Murphy (2010)
http://www.celebritynetworth.com/articles/entertainment-articles/imagine-making-9000-day-something-50-years-ago-thats-harper-lee/
http://variety.com/2015/biz/news/to-kill-a-mockingbird-sequel-harper-lee-go-set-a-watchman-1201422370/
http://www.vulture.com/2015/02/harper-lee-go-set-a-watchman-editor.html
http://www.vanityfair.com/online/daily/2013/07/battle-harper-lee-to-kill-a-mockingbird
http://www.npr.org/blogs/thetwo-way/2015/02/03/383524982/harper-lee-plans-to-publish-a-new-novel-featuring-mockingbird-hero?utm_source=npr_email_a_friend&utm_medium=email&utm_content=20150203&utm_campaign=storyshare&utm_term=