Most Beautiful Books of Shakespeare’s Sonnets 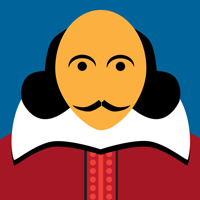 April 23, 2016 marks the 400th anniversary of William Shakespeare’s death. In the following weeks, Bookshelf will feature books, articles, and quadricentennial events that highlight the profound legacy of the greatest writer in the English language.

William Shakespeare’s love sonnets are considered some of the finest love poems ever written. His collection of 154 sonnets were originally published in 1609 by Thomas Thorpe. Scholars believe that although Thorpe used an authorized manuscript, he published the poems without Shakespeare’s express permission. Since then, the sonnets — now in the public domain — have been published in hundreds of different editions.

One of the most beautiful editions is the Folio Society’s The Letterpress Sonnets and Poems. This oversized book was printed on very high-quality off-white paper on a letterpress; the hand-marbled covers are quarter-bound in goatskin leather; the top of the pages are gilded. The book was published in the early 2000s in a limited run of 1,980 copies. This elegant edition is intended for the dedicated Shakespearean scholar or serious bibliophile since it is commands a regal price of $645.00.

Almost as elegant — and definitely more affordable ($20) — is the absolutely beautiful edition published in 2008 by Duncan Baird Publishers of London. This volume, titled “William Shakespeare: On the Art of Love — The Illustrated Edition of the Most Beautiful Love Passages in Shakespeare’s Plays and Poetry,” belongs on the bookshelf of any bibliophile or anyone who appreciates Shakespeare’s genius. The covers are covered in red cloth with silver foil stamping. The book is printed on heavy bright-white paper with a red ribbon marker. The book, edited and with an introduction by Michael Best, a Shakespearean scholar and professor of English at the University of Victoria (British Columbia), includes all the sonnets in addition to love passages from the major plays. The book includes extensive notes and a helpful bibliography. Beyond the beautiful design, employing judicious white space and classic typography, the poems are punctuated by splendid reproductions of period paintings from several British museums.

In time for 400th anniversary of Shakespeare’s death, Cider Mill Press of Kennebunkport, Maine has just published Shakespeare’s Sonnets: The Complete Illustrated Poems ($25). This is a beautifully designed book that juxtaposes each of the sonnets with stunning classic artwork from artists, such as Leonardo da Vinci, Johannes Vermeer, Pierre-Auguste Renoir, and Paul Gauguin, to complement the words of the Swan of Avon. The book includes two poems, tributes to Shakespeare, written by John Milton and Matthew Arnold.

Editions like this ensure that Shakespeare’s poems remain eternal: “So long as men can breathe or eyes can see / So long lives this, and this gives life to thee.”

This entry was posted on Sunday, April 3rd, 2016 at 10:57 AM and tagged with best books on shakespeare, best books on sonnets, most beautiful sonnet books and posted in Books. You can follow any responses to this entry through the RSS 2.0 feed.
« The Wisdom of Marcel Proust
Who Stole Shakespeare’s Skull? »